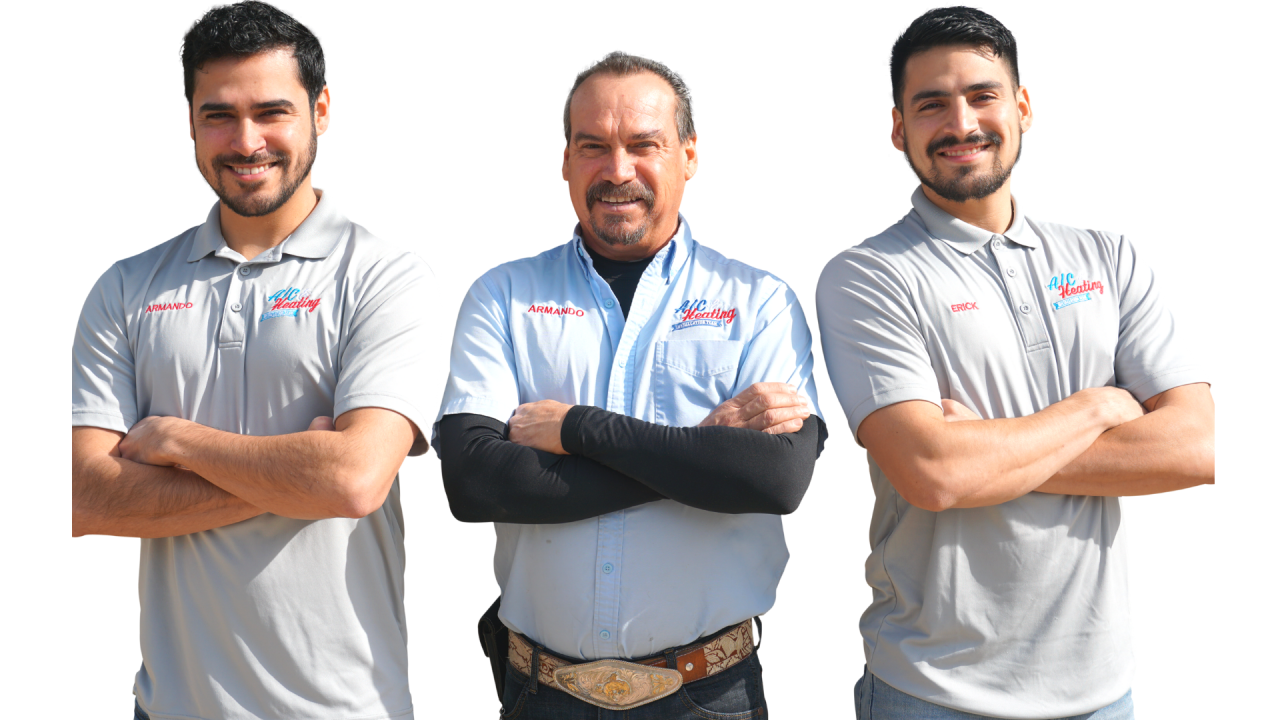 If you’re looking for AC installation, replacement, or repair services in Rowlett, Texas – then look no further! We are a locally owned and operated AC company that provides fast service on all brands of AC units. Our experienced technicians have over 30 years of experience with residential and commercial ac systems. We will not only install the best quality AC unit for you but also make sure it is installed correctly and in accordance with building codes. All our installations are backed up by a written warranty, this means that if anything goes wrong – another technician from AC Heating Team will come to assist you.

We’re here for all your Rowlett air conditioning needs. No matter what system you have, have our certified techs take a look and get it working again. 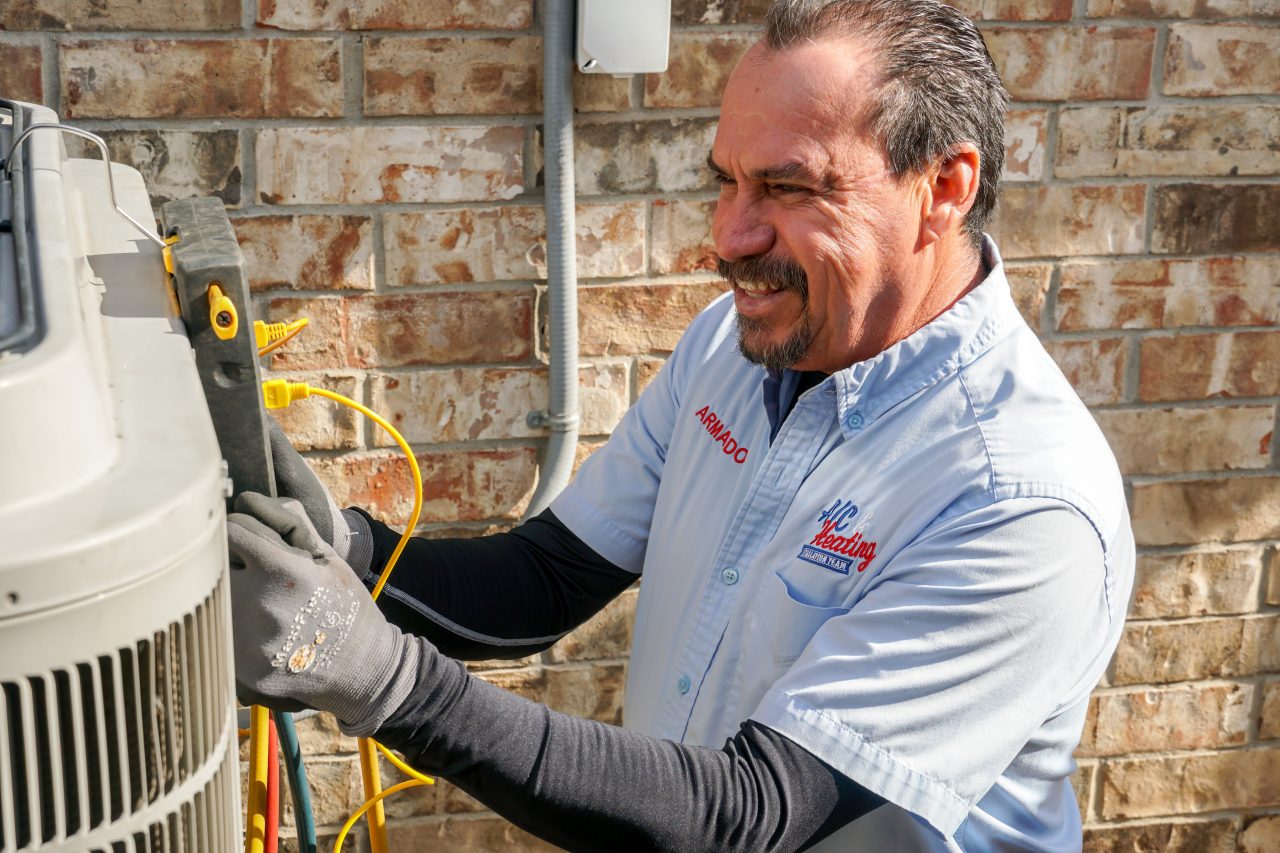 Our knowledgeable Rowlett ac repair technicians can help you decide on the perfect unit for your home or business, and we offer financing options to make it easier for our customers in Garland, Texas! Whether you need a ductless system that needs replacement parts or an efficiently packaged air conditioner with a dehumidifier.

At A/C & Heating Installation Team, we expect to continue our relationship long after your new equipment is installed. Our ongoing services are designed to keep your unit operating at peak efficiency without disruptive breakdowns. 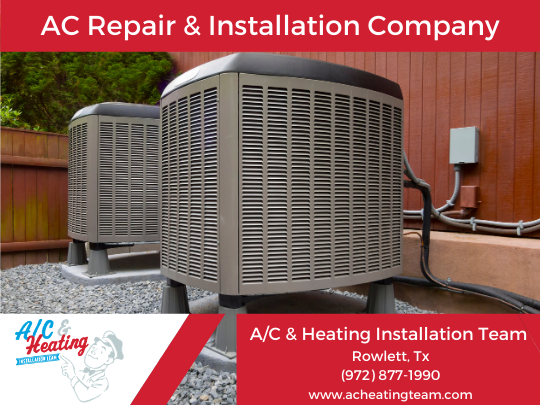 What Our Rowlett Clients Say

Chris Reynolds
I have used this company for all my HVAC needs for several years; the price is fair and not over-priced like so many of the big name companies that spend thousands of dollars on TV and print advertising. I have had everything from regular routine maintenance and repair to adding and reconfiguring the vent work to allow for better airflow and even heating and cooling. Response is quick and efficient. Highly recommend this honest company!

Alejandro Vega
They were such a lifesaver! Our heater went down during this winter storm, and they were fast and accommodating. If you are looking for a/c repair, they are the guys!

Paco Quiroz
Armando and his team did a great job installing my AC unit and were very good at explaining the process every step of the way. I could not be more grateful for such an excellent team. Highly recommend for anybody looking for an ac repair company in Rowlett!!
Google rating score: 5 of 5, based on 6 reviews.

Yes we provide Heating, Ventilation and Air Conditioning System services. They are an essential component of every functional home.They provide immense comfort to you and your loved ones, increase the value of your property, and reduce energy costs. The HVAC system helps to control temperature, humidity, produce better air quality and generally make your residence comfortable for you all through the year.  At A/C & Heating Installation Team, we specialize in providing you with all forms of Residential HVAC system services. We provide our HVAC services everywhere in Rowlett, Texas.

Yes we do. HVAC systems are great investments and an essential part of all commercial buildings. An efficient HVAC system is required by commercial buildings like restaurants, offices, hotels and hospitals to keep their occupants comfortable either during very cold months or very hot months. HVAC systems help to control humidity, temperature and air quality to provide a safe and healthy work area for everyone. At A/C & Heating Installation Team, we specialize in providing you with all forms of Commercial HVAC system services.We provide our HVAC services everywhere in Rowlett, Texas.

Have you ever had your heater or air conditioning system stop working right in the middle of the night when you need it the most? You’re hosting a party and suddenly the heat becomes unbearable? Or maybe it’s your heater packing up suddenly during a cold winter day. Whatever the situation is, we’re sorry you had a terrible experience. The good news is, it can get fixed promptly! At A/C & Heating Installation Company, we work to help you have good experiences even if these things happen. With our 24/7 Emergency Repair Services available everywhere in Rowlett, Tx and surrounding areas you can be sure all your heating and air conditioning problems are solved as soon as you call us.

Which Rowlett, Tx Neighborhoods Do You Service?

Rowlett derives its name from Rowlett Creek, which flows into Lake Ray Hubbard and is a major tributary of the east fork of the Trinity River. The creek in turn was named for a waterway running through the property of Daniel Rowlett who moved from Kentucky to Bonham, Texas, in 1835. Daniel, who was a member of the Smoot-Rowlett political family, had no direct dealings with the town that now bears his name.

The first post office opened on April 5, 1880, and it was called “Morris” after Postmaster Austin Morris.

The town was later renamed “Rowlett”. The Dallas and Greenville Railway passed through the town in 1886, connecting Dallas with Greenville, Texas, and the Missouri–Kansas–Texas Railroad. Shortly after its opening, the line was formally sold to the MKT.[10]

In 1921 the town was a stop on the Bankhead Highway.

The town incorporated in 1952 when its population was 250. In the 1960s the town languished as Interstate 30 bypassed Rowlett.[11]

Rowlett gained international notoriety in 1996 when local resident Darlie Routier was convicted of murdering her children as they slept.

In 2003 the town made an unsuccessful formal proposal to get the Dallas Cowboys to move to a 1,000-acre (4.0 km2) “5-Point Park” on the banks of Lake Ray Hubbard when the lease for Texas Stadium expires.[12]

In 2013 the Rowlett City Council was challenged by the Freedom From Religion Foundation and Metroplex Atheists regarding opening prayer invocations at city hall meetings.[13] In a court case in May 2014 the U.S. Supreme Court reaffirmed a previous court ruling (Marsh v. Chambers) upholding the tradition of opening legislative sessions with sectarian prayer and additionally ruled in favor of a town’s right to have invocations given by the predominant religion within its borders as long as it did not discriminate or coerce participation. (Town of Greece v. Galloway)[14] Atheist proponents then asked the Rowlett City Council to be included in giving invocations. They were denied based on the Supreme Court ruling and city policy stating the invocation should be given by members of the community’s locally established religious congregations.”[15]

On the evening of December 26, 2015 a violent storm produced a deadly EF-4 tornado that tore a 13-mile path from the neighboring city of Garland, Texas, through the southeast portion of Rowlett, severely damaging or destroying hundreds of homes and vehicles along with several businesses and a city water tower.[16]

According to the U.S. Census Bureau, the City of Rowlett is rated number 8 of the fastest growing cities in the United States with 5.1% growth from July 2017 to July 2018.[9]

In 2019, the City of Rowlett gained regional recognition when Sapphire Bay Development, LLC and the City published plans to construct a master planned community in the heart of the Dallas/Fort Worth Metroplex. The 116-acre development will be Texas’ first resort destination anchored by a state-of-the-art man-made lagoon, offering guests a luxurious stay along it’s shore at the 500 room Sapphire Bay Resort – operated and managed by Destination Hotels by Hyatt. The project will also feature a one of a kind surf village and water park, 1,500+ residential units, 1.7 million square feet of mixed-use restaurant, retail, entertainment, office and hospitality space, 20+ acres of parks and trails, a 1,000 slip marina, and The Fountains at Sapphire Bay once was a bedroom community, is now a community set for success in the Dallas-Fort Worth Metroplex.[17]

Resources in Rowlett, Tx
What is Air Conditioning?

Air conditioners, which typically use vapor-compression refrigeration, range in size from small units used within vehicles or single rooms to massive units that can cool large building.[1][2] Air source heat pumps, which can be used for heating as well as cooling are becoming increasingly common in cooler climates.

Air conditioners, which typically use vapor-compression refrigeration, range in size from small units used within vehicles or single rooms to massive units that can cool large building.[1][2] Air source heat pumps, which can be used for heating as well as cooling are becoming increasingly common in cooler climates.

According to the IEA, as of 2018, 1.6 billion air conditioning units were installed which accounted for an estimated 20% of energy usage in buildings globally with the number expected to grow to 5.6 billion by 2050.[3] The United Nations called for the technology to be made more sustainable to mitigate climate change using techniques including passive cooling, evaporative cooling, selective shading, windcatchers and better thermal insulation. Refrigerants used within air conditioners have caused damage to the ozone layer and are also exacerbating climate change. 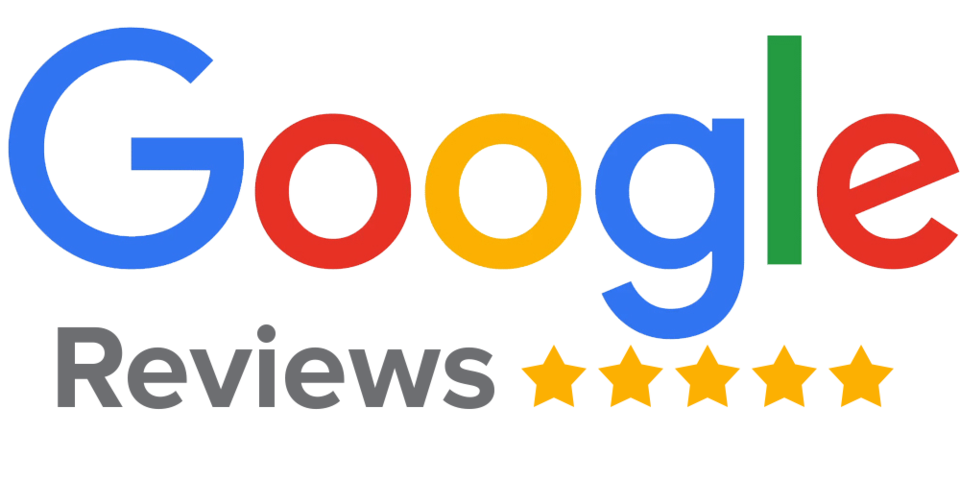