If you’re looking for AC installation, replacement, or repair services in Garland, Texas – then look no further! We are a locally owned and operated AC company that provides fast service on all brands of AC units. Our experienced technicians have over 30 years of experience with residential and commercial ac systems. We will not only install the best quality AC unit for you but also make sure it is installed correctly and in accordance with building codes. All our installations are backed up by a written warranty (this means that if anything goes wrong – another technician from AC Heating Team will come

We’re here for all your Murphy air conditioning needs. No matter what system you have, have our certified techs take a look and get it working again.

Our knowledgeable staff can help you decide on the perfect unit for your home or business, and we offer financing options to make it easier for our customers in Murphy, Texas! Whether you need a ductless system that needs replacement parts or an efficiently packaged air conditioner with a dehumidifier.

Extensive Contractor Services: At A/C & Heating Installation Team, we expect to continue our relationship long after your new equipment is installed. Our ongoing services are designed to keep your unit operating at peak efficiency without disruptive breakdowns.

What Our Murphy Clients Say

Bashar Alshareef
I’m thankful for this company’s air conditioning repair team that was able to fix our ac today. Our AC unit was malfunctioning, so I called them and they were able to come immediately. He came to our doorsteps on time and carefully performed the task while explaining everything that was being done. He also kindly agreed when I requested him to perform maintenance on it. The overall price wasn’t much compared to other ac companies we have hired in the past. Will definitely used again if needed!

marcos aranda
A/C & Heating Installation Team Rowlett is the best! They were upfront, worked with lenders to get an air conditioning unit, and installed it in a very timely manner. The installers were efficient and had everything set up so quickly. It's been running essentially non-stop for several months now and we are cool and so very grateful. I highly recommend these folks for your ac repair needs!

Herman Kreiger
Very professional team to work with. They quoted me a reasonable price and they showed up on time. They performed a thorough job installing a new HVAC system for our home, and cleaned up nicely afterward as if they were never here! Highly recommend them for your ac repair needs!

Janie Hammes
I have used A/C & Heating Installation Team to repair our older HVAC systems at our Rowlett properties and also installed a new AC system. The team was very professional and honest which is hard to come by these days, and they were professional throughout the entire process. They can also provide regular maintenance on your existing systems which were awesome. Ask for Armando, he will take care of you.

Royce Harris
Professional service!!! Our AC system stopped working during a very hot day, so I got in touch with Armando and he was very friendly and knowledgeable about what needed to be repaired. He was able to get the parts he needed quickly to fix our AC system and before we knew it, our AC was working perfectly. We cannot thank him enough for his work.

Immanuel Johnston
After contacting a few other AC companies to tell me the issue with my system they could not figure out the problem and just kept trying to sell me parts I didn't need. I called AC & Heating Installation Team in Rowlett and Armando and his crew came out promptly to check out the problem and was able to get the problem fixed quickly!! They will be my go-to AC company moving forward.

Douglas Starnes
Have been using Armando for 10+ years. He and his employees have always been very professional, ethical, personable and honest while providing excellent and thorough work at a very reasonable price. He installed a new unit and furnace in 2016. It runs great with no equipment or Freon issues. I Highly recommend him for any AC and heating repair or replacement as well as semi-annual or annual maintenance checkups. You will be very pleased with the results.

Chris Smith
Our blower motor burned out one night. I called Armando the next morning to see if he could help. He was at our house that afternoon, got the new part and fixed everything the same day. Saved us from an 88 degree night with no AC. A+ service!

William Scoggins
Armondo and his team are honest, reliable, and punctual. His company is the only one I would trust to do anything to my HVAC system. If you're looking for a great HVAC company I would highly recommend you call him.

Ira Cawis
Highly recommended! Armando’s team replaced my 1st floor HVAC system last year and since they did a good job, i had his team back for the second floor system this time. They went above and beyond expectations.
Google rating score: 5 of 5, based on 17 reviews.

Yes we provide Heating, Ventilation and Air Conditioning System services. They are an essential component of every functional home.They provide immense comfort to you and your loved ones, increase the value of your property, and reduce energy costs. The HVAC system helps to control temperature, humidity, produce better air quality and generally make your residence comfortable for you all through the year.   At A/C & Heating Installation Team, we specialize in providing you with all forms of Residential HVAC system services. We provide our HVAC services everywhere in Murphy, Texas.

Yes we do. HVAC systems are great investments and an essential part of all commercial buildings. An efficient HVAC system is required by commercial buildings like restaurants, offices, hotels and hospitals to keep their occupants comfortable either during very cold months or very hot months. HVAC systems help to control humidity, temperature and air quality to provide a safe and healthy work area for everyone. At A/C & Heating Installation Team, we specialize in providing you with all forms of Commercial HVAC system services.We provide our HVAC services everywhere in Murphy, Texas.

Have you ever had your heater or air conditioning system stop working right in the middle of the night when you need it the most? You’re hosting a party and suddenly the heat becomes unbearable? Or maybe it’s your heater packing up suddenly during a cold winter day. Whatever the situation is, we’re sorry you had a terrible experience. The good news is, it can get fixed promptly! At A/C & Heating Installation Company, we work to help you have good experiences even if these things happen. With our 24/7 Emergency Repair Services available everywhere in Murphy, Tx and surrounding areas you can be sure all your heating and air conditioning problems are solved as soon as you call us.

Murphy is located in southern Collin County, within the Dallas–Fort Worth metroplex. Situated midway between Plano and Wylie on FM 544, Murphy is 2 miles (3 km) south of the famous Southfork Ranch. Murphy shares borders with Plano to the west, Richardson to the southwest, Sachse to the south, Wylie to the east, and Parker to the north. It is 22 miles (35 km) northeast of downtown Dallas and about 34 miles (55 km) east of Dallas/Fort Worth International Airport.

Several subdivisions have begun building and are occupied. The newest approved development is 470 acres (1.9 km2) on the northeast side of the city along Maxwell Creek. The country living theme is expressed in this development by a linear park, which includes a hike-and-bike trail. Murphy Marketplace is the dominant shopping center in the city. Built in 2008, the center now contains numerous restaurants and services and encompasses the northeast quadrant of the North Murphy Road and East FM 544 Intersection. The municipal complex comprises a total of five buildings to serve Fire, Police, City Administration, and Public Works, as well as a 2014 addition of the PSA Murphy sports center. 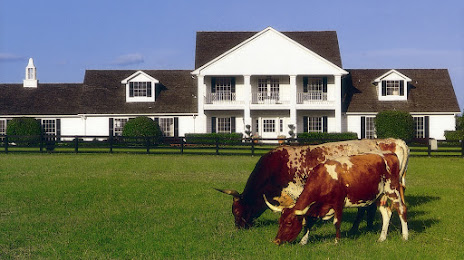 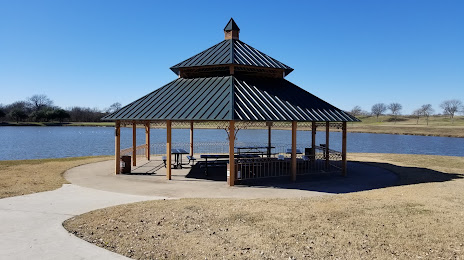 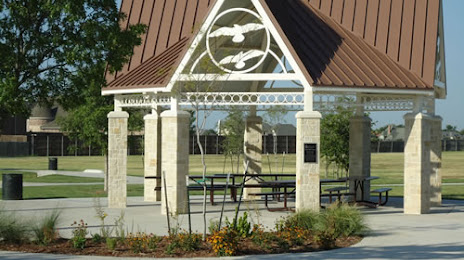